The 24.5 edition of the Envol et Macadam festival ended Saturday evening live from the Stade Canac after three days of shows that showcased alternative music in all its diversity, to the delight of festivalgoers. The event, presented in collaboration with District 7 Production, was the first to offer large-scale outdoor concerts in front of an audience in the Quebec City region and the organization is satisfied with this special edition, despite the constraints and the many challenges it has involved. From Thursday to Saturday, the public was able to reconnect with the festival and the pleasure of live shows to the sound of The Planet Smashers, GrimSkunk, Souldia, Mute, Comeback Kid, Voivod, Despised Icon and many others.

An edition in adaptation mode
The introduction of the vaccine passport a few days before the start of the festival had a major impact on ticket sales for Envol and Macadam, as more than 25% of those who had purchased a pass requested a refund following this announcement. It is difficult to quantify it, but it is also likely that several people simply did not buy a ticket for the event, knowing that they could not access it if they had not yet received their 2nd dose or if it hadn’t been a week since they did.

Before the vaccine passport was announced, the organization had already decided to present this edition in a new environment better suited to the current situation. The event therefore moved from its usual site of l’Îlot Fleurie to the Stade Canac in order to be able to offer assigned seating. Throughout the festival, music lovers demonstrated that it is possible to appreciate the energy and intensity of alternative music while respecting sanitary measures. The organization would also like to thank the festivalgoers and artists who were able to adapt to this particular context as well as the Stade Canac team for their precious collaboration that made this edition possible.

Representing the alternative culture
The Envol et Macadam festival has always been recognized as a showcase of choice for alternative music groups and by fans of the genre. By choosing to offer three evenings devoted to different styles for this edition, the organization was able to satisfy fans of rock as well as hip-hop, along with punk, hardcore, metal and deathcore. This is how the stadium vibrated to the sound of three crowds and three different atmospheres. And although there are many contrasts in the sounds of the shows presented, the alternative culture, its spirit of independence and its authenticity rallied artists and festivalgoers alike. In addition to the concerts, The Alternative Market was also presented on the festival site. This meeting between the world of music and art allowed the public to discover the unique creations of a dozen local artisans. 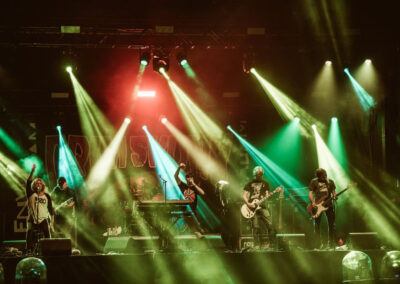 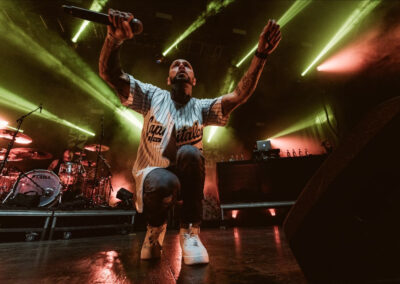 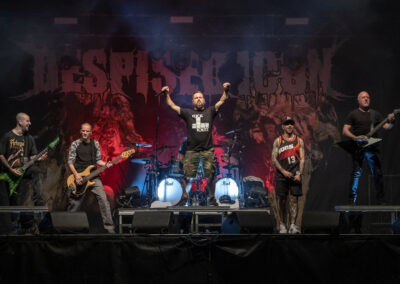 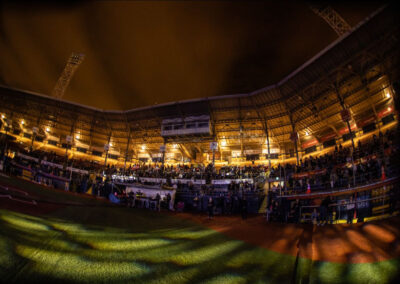 Envol et Macadam, 25 years of supporting emerging music groups
Since its creation, Envol et Macadam has been supporting emerging music groups while continuing to innovate in order to offer the next generation from here and elsewhere the opportunity to take part in an event that annually attracts thousands of discerning music lovers and many industry professionals in an urban and distinctive setting.Thank you to all the festival partners: Les Capitales de Québec, The Government of Quebec, The Government of Canada, SODEC, Première Ovation, EXOSHOP, Anti Bar & Spectacles, lepointdevente.com and Brasserie Sleeman.